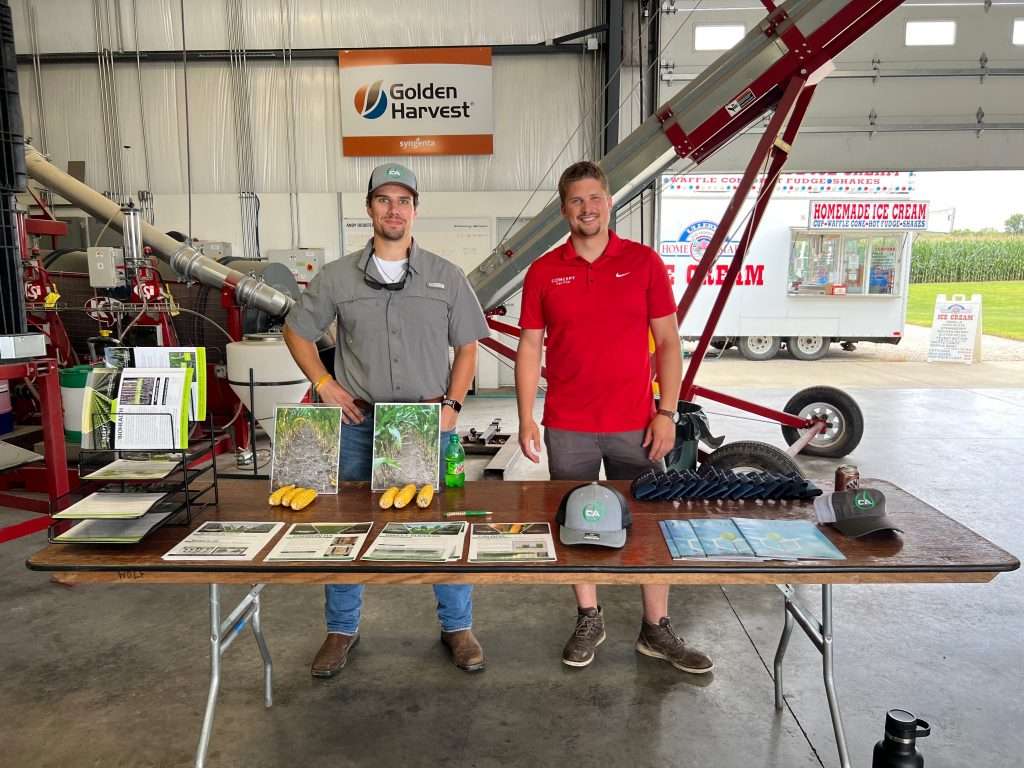 A graduate of Heidelberg University in northwestern Ohio, Isaac Goss’ path to the intersection of agronomy, biology and chemistry.
The August 2022 Ohio, Pennsylvania and Indiana, District Sales Manager addition studied business, earning his undergraduate degree in business management followed by an MBA.

“I didn’t know exactly what I wanted to do but they (Heidelberg University) had a program that offered a free MBA if you graduated in four years or less and held a certain GPA. It seemed like the right thing to do at the time and I’m very thankful that I did it,” Isaac says. 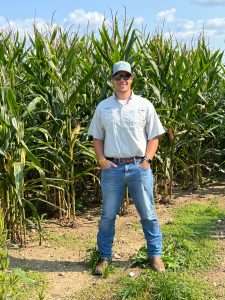 Growing up near his mother’s family’s southeastern Ohio farm, Isaac fell in love with agriculture, spending all of his free time and summers helping his grandpa and uncle, doing the things that farm kids do: cleaning equipment, running machinery…working on machinery. His passion for agriculture led to internships in college within the industry, first for a seed company followed by a year learning the ropes of retail at a co-op. After graduating, Isaac went to work for a company that specialized in humic and fulvic acid solutions.

“My family farm has always been progressive. We’ve always tried new things and we’ve always looked at and planned for how we were going to get to the next goal – new products and new ideas are a big part of that. So when I went to work in agriculture, full-time, I dove in and learned as much as I could about plant and soil science and I recognized that I was helping farmers in a little bit of a different way than others in the industry are,” he says.

Today, Isaac’s family’s farm is strictly row crop, growing corn, soybeans and wheat. He says that the farm started to hit higher yields when they put their fertility program under a microscope, moved away from a strictly dry program and started putting more focus on their micros.

“Every year we’ve seen a jump in yield and now were looking at hitting the 300-bushel mark. Last year, our NCGA plot hit 282-bushels per acre which is the highest official number that we’ve hit. For my uncle and grandpa, they’ve always instilled in me that yield is a journey—a marathon, not a sprint,” Isaac says of the strategy that has helped his family secure higher yields each year. “We are slowly but surely adding things in, looking at cutting back on dry, and being more efficient with nutrients and getting the most out of them. Better in season management means a better balance of nutrients.” 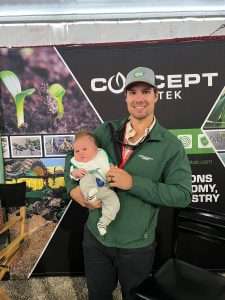 Even though he came from a farm background and a professional career that leveraged soil and plant science, Isaac shares that he is still learning and expects that he always will be.

“With Concept AgriTek, I have so many more tools in the toolbox to help farmers. Products like CalBor and NutriTech added in the mix are big players that really help to put the farmers I work with ahead,” he says.

Isaac adds that it has been almost mind blowing to think about how much he has been exposed to in such a short amount of time. From education to application and everything in between, Isaac says that communication is the key that unlocks success for both the team and the growers they work with.

“We are always talking with one another. There’s almost a constant discussion going on between the growers we work with and our team, and then the team internally. The answers are just a phone call away, and you can just feel that this team dives in and has a passion for helping our growers” he says noting an example of how passionate team mentors and technology are playing a role helping him to grow into a better district sales manager and resource for the growers and dealers he serves.

“Derek Cattoor (Concept AgriTek Agronomist) has been amazing help to me. I’ve been able to sit down, pull up Teams and he’s helped me consult and provide a recommendation on how to help a farmer hit his yield goals,” he says and adds that the fruit of those conversations is his favorite part of his job.

“Hearing the great results someone has had, whether that’s yield or disease control, that always makes you feel good!” The news has been stark and it has hit home with many farms across the country. Supply chain disruptions … Concept AgriTek helps customers…